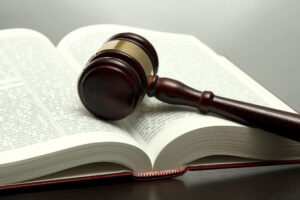 Under Title IX, universities are legally required to address and rectify hostile educational environments, including but not limited to sexual offense charges. Recent decisions made by the Supreme Court and the U.S. Department of Education have given Title IX an extensive range covering sexual harassment and sexual violence in federally funded educational institutions. As policies put in place by the Obama administration are nullified, new guidelines provide schools with a choice in how to address cases of sexual misconduct reported on campus.

Sexual offense charges apply to a variety of different actions, including but not limited to:

In September, Education Secretary Betsy DeVos announced several changes in federal policy on rules for investigating sexual offense reports at college and university campuses. When determining guilt, schools can choose between a “preponderance of the evidence” standard of proof or the more demanding “clear and convincing” standard. According to the new guidance, the standard of proof in sexual misconduct cases should be consistent with standards applied to other student conduct cases.

Sexual assault is considered a crime, but the procedure for a Title IX complaint of sexual assault differs from that of a “criminal” case. An accused, called a “Respondent,” can be proven “responsible” by only a “preponderance of the evidence,” rather than the “beyond a reasonable doubt” standard in a criminal case. During the case, the Respondent may be assisted by a “Supporter,” either a layperson or attorney, but the Supporter cannot confront or cross-examine witnesses or play any direct role in confronting the accused.

Have You Been Accused of Sexual Misconduct at Your University?

Colleges and universities take sexual assault seriously, and every person accused of violation deserves an aggressive defense. Sexual offense charges can have devastating consequences on your life, so it’s crucial that you reach out to an experienced defense attorney as soon as you can.